LEEYANG AND JUNHONG PRESENT:
THE AUNTIE 7-STEP MANUAL TO JOSTLING 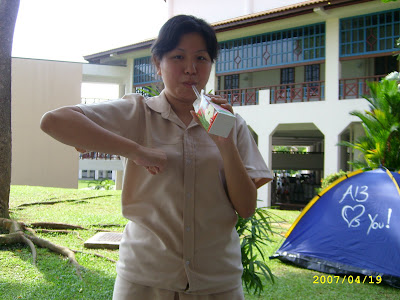 Step 2: The Forward Roll. Straighten arm out and rotate elbow in 360 degrees. Effective for manoeuvring through stubborn crowds. 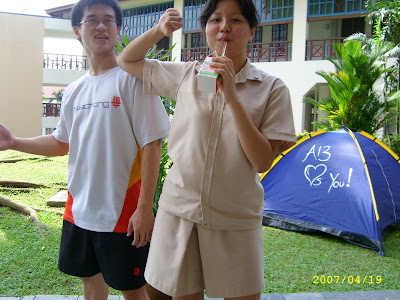 Step 3: The Backward Roll. Similar to the Forward Roll, but rotate elbow in 360 degrees backward. Serves to propel you forward with great bursts of speed, to get that bargain tee before some other auntie gets it before you. 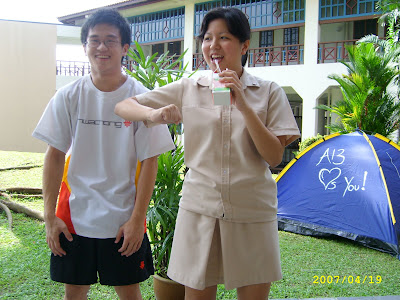 Step 4: The Sideward Jab. With elbows out at a menacing angle, rapidly jab them outwards at nearby victims and draw them back in again. Repeat, until the crowd is defeated and you triumph with bargain buys. Disclaimer: this demonstration is not very effective as victim is supposed to look disgruntled, not HAPPY. 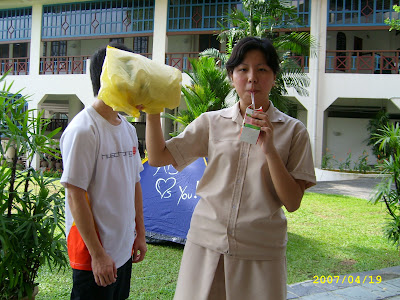 Step 4: The Handbag Smash. Do a rapid, 90 degree twist upward of wrist, bringing up arm to face level of intruder. Proceed to knock wrist back with force to disable intruder. 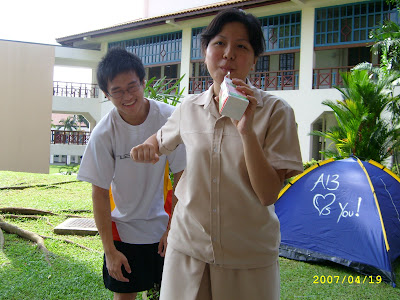 Step 5: The Backward Jab. Adminstered when there is a discernible threat and competitor to the OMG-3-for-10bucks shirts behind you. Elbow can be rapidly poked in and out and intruder's chest or stomach level for a high-level disabling tactic. 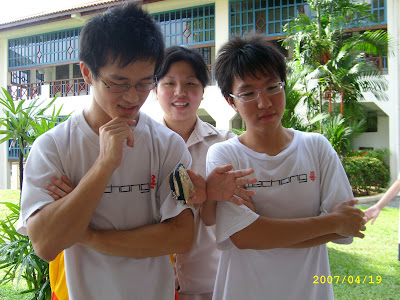 Step 6: Swimming Through the Crowd. With a flashy purse or handbag dangling conveniently off your wrist, proceed to wrestle both hands between two victims. Push outwards with utmost force and hope that bling handbag happens to blind them simultaneously. 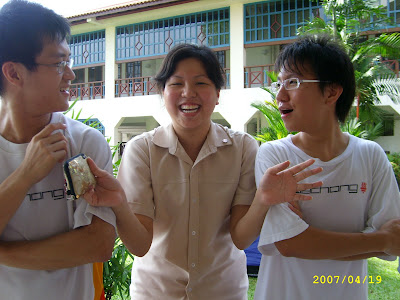 Effective demonstration of the swim tactic. Notice that victims look reasonably surprised and shocked and have delayed reactions. At this point, apply a combo of forward/backward rolls and jabs to have an edge over competitor. 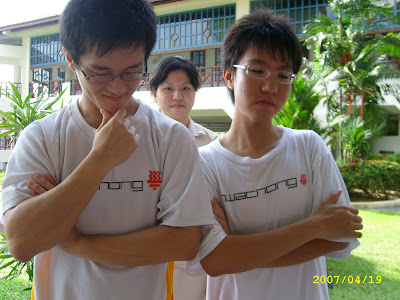 Step 7: The Handbag Holdup. Make your presence felt by hovering in the background in a predatory manner. Proceed to attempt to manoeuvre past the two uncles in the foreground. 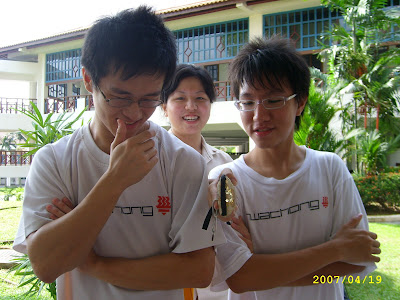 (a) Stick bling flashy handbag or purse between them and push outwards. Couple these with unglamorous chants of "cuse me! cuse me!" 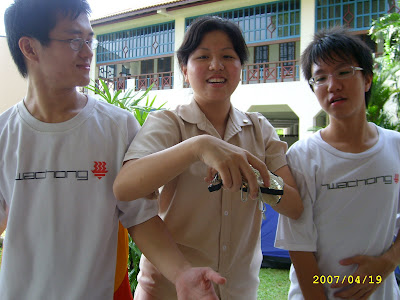 (b) Use the momentum from outward force to propel yourself forwards, thus successfully separating the two victims. Couple this with a backward roll and a jab combo for greater effectiveness.

okay done. credit to karweng for the shots and junhong for thinking up unglam moves.
-leeyang