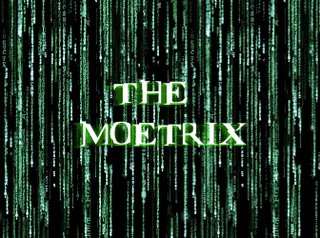 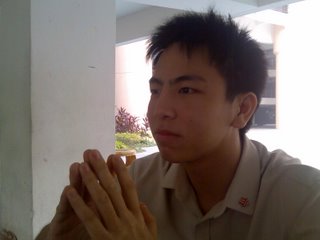 Jay:
School. It is the quintessential bane of every student, yet the most potent tool of the MOEtrix. Mindless multitudes enraptured in their false alternate reality, captivated by the allure of endless mugging. All are victims of conformity to the MOEtrix, intellectually stifled by its regulations, losing sight of the real world.

Jay:
NORR! Aiyah I show you.

They walk toward the school gate.

Jay:
This. (points to gate) appears to be a normal gate; cold, metallic, unfeeling. But what it really is, is a portal to the MOEtrix, a perpetual trance-like state the masses are forced to submit to. It is simultaneously the backbone of this society, and the firewall of the MOEtrix. It is a façade, a veneer, a calculated front, a FABRICATION, made to restrain and imprison those (points at students)...noobs based on its artifice.

Just as Jay finishes, a student walks through the gate. 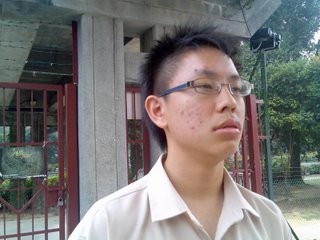 Jay:
That...is the trance-like state i speak of. There are two ways to get out of the system: The green slip or the white slip.

Jay:
The green one allows you to traverse the MOEtrix and leave it at will. The white one gives you indemnity against the system. (nudges Kenneth) Take the green one.

Kenneth:
If I take the green one...can I get the white one free? 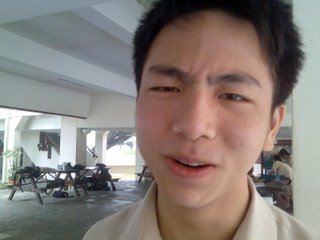 As they leave the MOEtrix compounds, they pass by seemingly hypnotised masses. 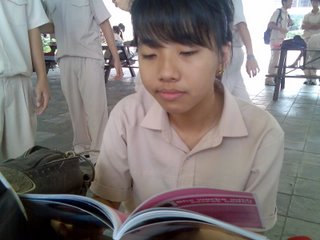 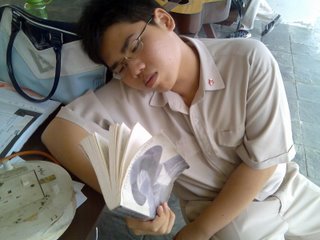 "These," Jay explains, "are those whom we must save.

With the speed of a bus ride, they zoom out of the MOEtrix's grasp. Jay tells him more about the MOEtrix, and what he must do…but Kenneth receded into a temporal state of rest.

Jay:
(takes a breath)...Welcome to Coronation Plaza. This is where the real world is. We operate against the MOEtrix. Be wary; MOEtrix agents are amongst us, with the sole purpose of hauling us back into the system.

Suddenly, Jay grabs Kenneth and they duck behind a pillar.

They head on into a LAN shop.

Jay:
This is the antidote for the MOEtrix, a simulation of enjoyment, an emotion never existent in the MOEtrix.

Jay points to a computer. Its screen displays a DOTA game.

Jay (looking at OCP):
It's expiring! Quickly, we must head back into the MOEtrix, or risk its wrath.

Jay and Kenneth re-enter the MOEtrix. They walk by a bench labeled '06A13'.

Jay:
This is the Achilles' heel of the MOEtrix, where its devious servers have a weakened grasp on its victims. However, there are some who have become proficient in working in the MOEtrix. Like her. (points to Shijia) 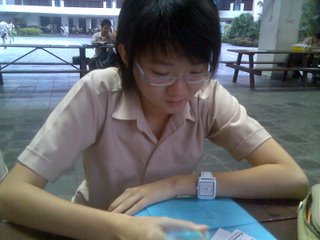 Kenneth:
What's this? (Shijia scribbles so furiously her pen appears to bend)

Shijia (Unexpressedly):
It is not the pen that bends, but the mind. 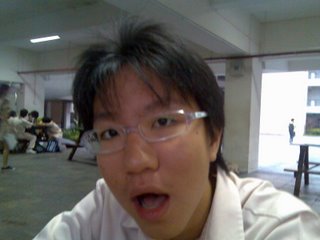 Jay and Kenneth continue onward. They walk down a long corridor of doors.

Jay:
We are here. (Opens door) I can show you the door, but you must enter it.

Jac Yeo (Without looking up from her papers):
I have been expecting you.

Kenneth:
Why am I here?

Jac Yeo:
(prolonged pause)...Because it is so.

Kenneth:
Wahlaooo. When can I go home?

Jac Yeo:
...All things have to wait their hour.

Jac Yeo proceeds to give Kenneth a long lecture on the MOEtrix and his task. 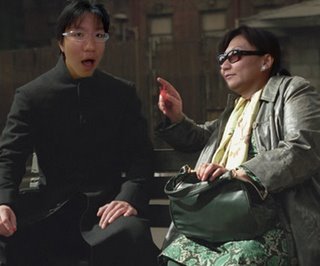 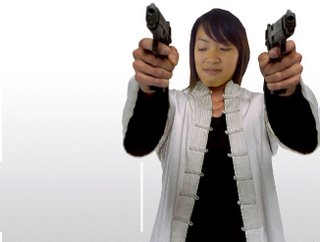 The lights in the room flicker.

Kenneth:
Where'd they come from?

Auggie (with a sinister smirk):
Kenneth Tan...we missed you...

Auggie (flourishes a Duchess text and brandishes it wildly):
WE!

Kenneth:
Wait...I know who you are. We've met The Oracle.

Auggie:
Fie upon you, sir! The Oracle is too much in the light! Methinks she's forced to woo because none DARE woo her.

Auggie (condescendingly):
That's beneath you, Kenneth Tan. Your inferior intellectual capacity is no match for the heightened analytical prowess of my mental faculties. With my superior cerebral functioning, I can easily outmaneuver you with the devious means I conjure, eradicating all your chances of eluding the MOEtrix. (grows significantly agitated and flaps text wildly)

Auggie:
Jay, I suggest you pay me close attention. (grabs Jay) You...are coming with me.

Auggie (yet another sinister smirk slips across his face):
Begone! (launches volley of Lit texts at them) 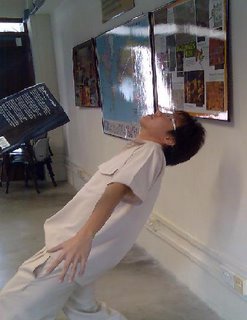 Auggie (stunned):
...You have some skill. (whisks Jay away)

Jay:
Nooooooooooo...(points at Kenneth) you noob!

Kenneth gives chase...all the way to the MOEtrix central control room, where departments are compartmentalized and categorized into their various functions in claustrophobic confines. The perpetuators of the MOEtrix stare suspiciously at the enraged Kenneth.

Auggie (turns around):
Do you not realize the magnitude of the impending repercussions of this audacious attempt at halting my intricate plans to ensure the smooth functioning of the MOEtrix?

Kenneth:
Your end is near.

Auggie:
I am top agent of the MOEtrix still.

In a valiant attempt to convolute the mental functioning of Kenneth, Auggie unleashes a violent array of bombastic vocabulary. With utmost panache and eloquence, Smith releases his torrential barrage of aggressive synonyms. 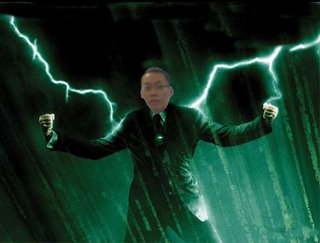 Kenneth winces at the shameless showcase of intellectual vibrancy.

Smith:
Do you feel your life force ebbing away from you?

Kenneth suddenly manages to completely break out of his trance-like state, just in time to see Smith hurl the weapon he was most well-versed in...his Duchess text, at him. Kenneth coolly raises his hand. The book stops in midair. Auggie is stunned, and watches helplessly as Kenneth directs the text out the window. 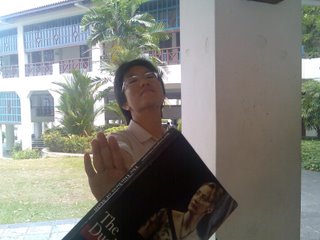 Auggie:
(O_O) (releases Jay) This isn't over! (Jumps out of window in pursuit of his beloved Lit text)

Kenneth helps Jay up. They hurry out of the building, amongst the curious eyes of the perpetrators of the MOEtrix. As they leave the MOEtrix, they pass the bench again. Shijia continues to scribble fervently. Her pen appears to bend.

Kenneth:
Indeed...it is not the pen that bends, but the mind.

They take a few more steps, before Kenneth eventually cannot help but ask Jay the question he has been pondering over.

(Due to lack of funding, scroll down for rolling effect)

Directed by: Leeyang and Junhong

Jay and Kenneth reach the school gate. Jay tugs at the gate. But it does not budge.

Jay (panicking):
NO! This can't be! We're locked in the MOEtrix! Agents must be coming! Quick, we need the keymaker! 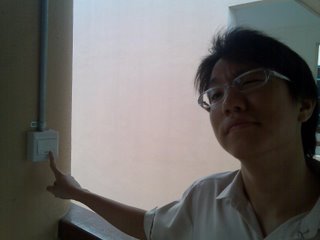